JP’s performance foil board for slalom sailing! Fast evolving foil designs allow for much higher speeds and consequently demand accordingly adapted shapes. The new HydoFoil Slalom became more compact and has slightly more volume than its predecessor. The reduced length minimizes swing weight and tremendously improves top end control. The full, defined, and sharp rails ensure early-take off even in super light winds. The wider tail provides more leverage over the foil which is a key factor for going fast and maximising control. The comfortable deck shape guarantees a relaxed ride, allowing the rider to focus on going faster and faster.

In 2020 the racing season was almost non-existent. Nevertheless, Antoine Albeau was extremely successful with the first model of the HydroFoil Slalom (“HF-SL”) in the few events that took place: He won the pro-rider’s class at the Defi Wind in Japan and set the Foil World Speed Record for the Nautical Mile back in June in France. Until now, this first HF-SL is the fastest 2020 foil board, and this is unlikely to change. Even though this predecessor is super-fast and still competitive, performance foils have evolved so rapidly that this improved and adapted board shape matches their power even better in order to be more efficient.

The second generation of this HF-SL board will now make its contribution to achieve a higher pace – not only on speed runs but especially on slalom courses. Competitions on foils at slalom events will be extremely exciting and spectacular: The overall tempo will be so much higher and the level of the riders cannot be compared to last year.

This is how Werner Gnigler adapted the shape:

• Higher Volume.
The HF-SL is equipped with slightly more volume in order to get going quicker.

• Full, defined, and sharp Rails
Sharp rails along the whole hull provide maximum lift and planing efficiency. They powerfully push the board up into flight mode, thus ensuring early-take off even in super light winds.

• Wide Tail
The wider tail provides more leverage over the foil which is a key factor for going fast and still remaining in control despite all these enormous forces. It is essential when trying to find the best compromise between a comfortable stance and efficient power distribution towards the foil.

• Deck Shape: Stance
A tiny but essential fine-tuning of one of the key advantages of the previous model: The more comfortable deck shape guarantees a relaxed ride, allowing the rider to focus on going faster and faster.

• Deck Shape: Efficiency
The board features the proven concave deck reducing the swing weight and now comes with an additional recess for the deck box, dropping the pivot point of the mast base. As a result, the sail foot seals the gap between the board and sail providing ultimate efficiency as well as additional control when pushing the limits and during the gybe.

• Large Tail Cut-Outs
We kept the large cut-outs to reduce the volume substantially which allows the rider to sink the wide tail when pumping and to load up the foil with maximum efficiency. The result: easy and instant take off as well as reduced drag on occasional touch-downs.

• Long Footstrap Plugs
Single hole plugs speed up the process of adjusting and repositioning of the straps between races! Long and with 6 holes, these plugs provide a wide trim range to adapt the stance to the varying lift of different foil sizes and fuselage lengths in changing wind conditions. Thus, every rider can find the perfect stance to control his foil setup which is the key factor for speed once airborne.

Obviously, the board comes with JP’s super stable Foil-Tuttlebox to handle all loads.
NEW: The HF-SL additionally features a centre foot pad with an arch support which offers additional grip and guides foot placing during gybing and take off.

The 2nd generation retains all the virtues of the previous shape and at the same time features many tuned details for more efficiency with the latest foils.
The super-fast foil machine: Performance, power and control for slalom competition. The stage is set to improve your foil speed! 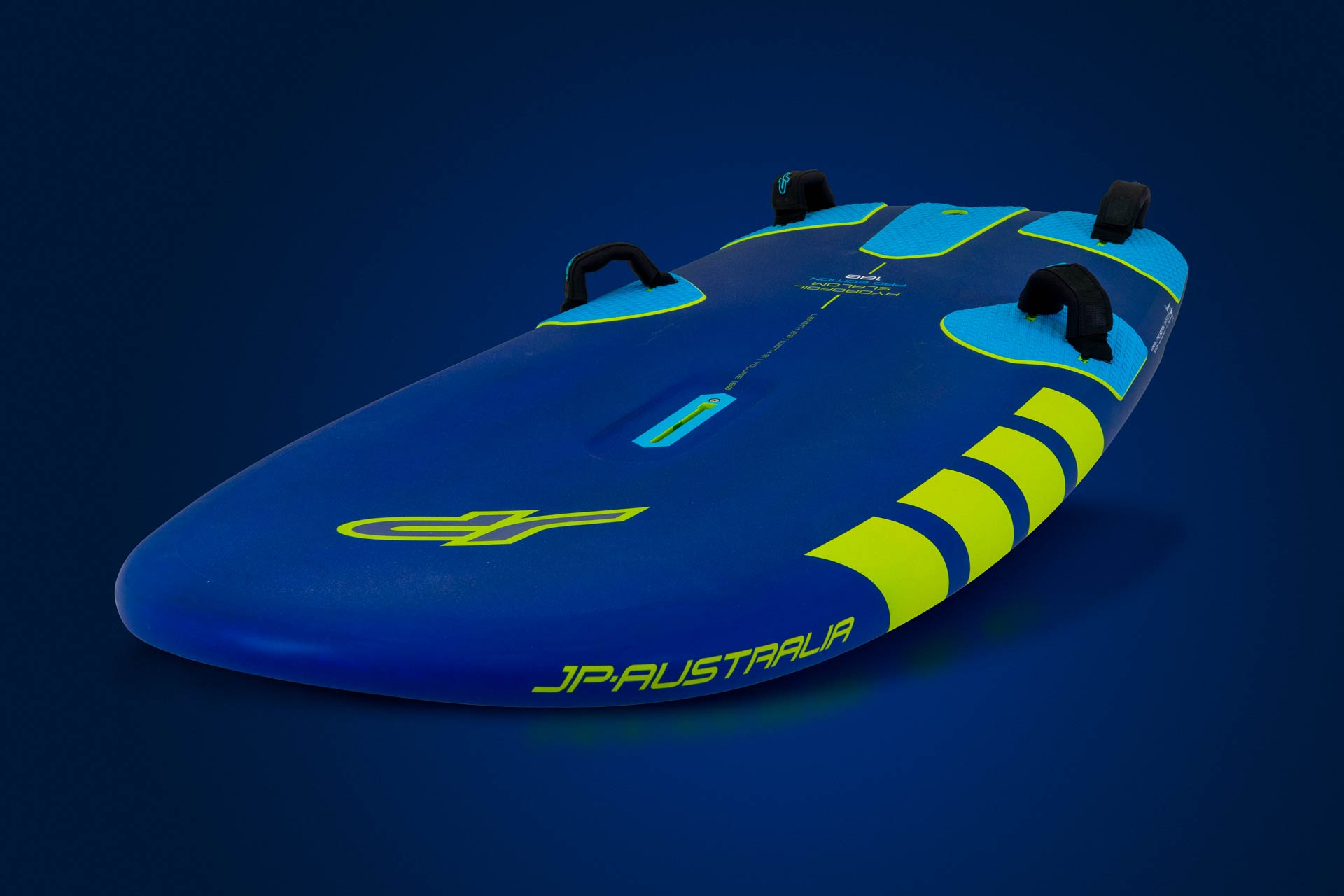 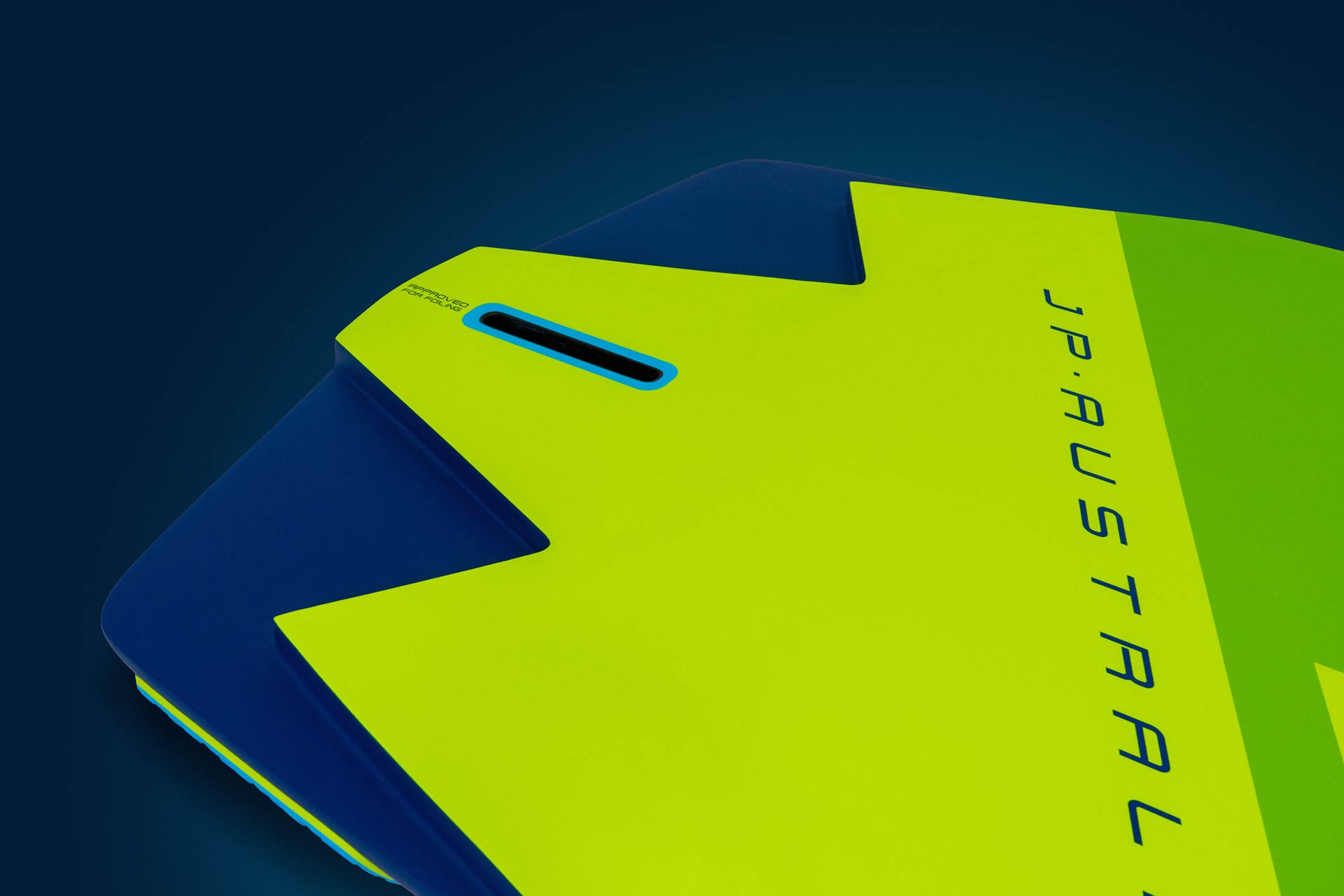 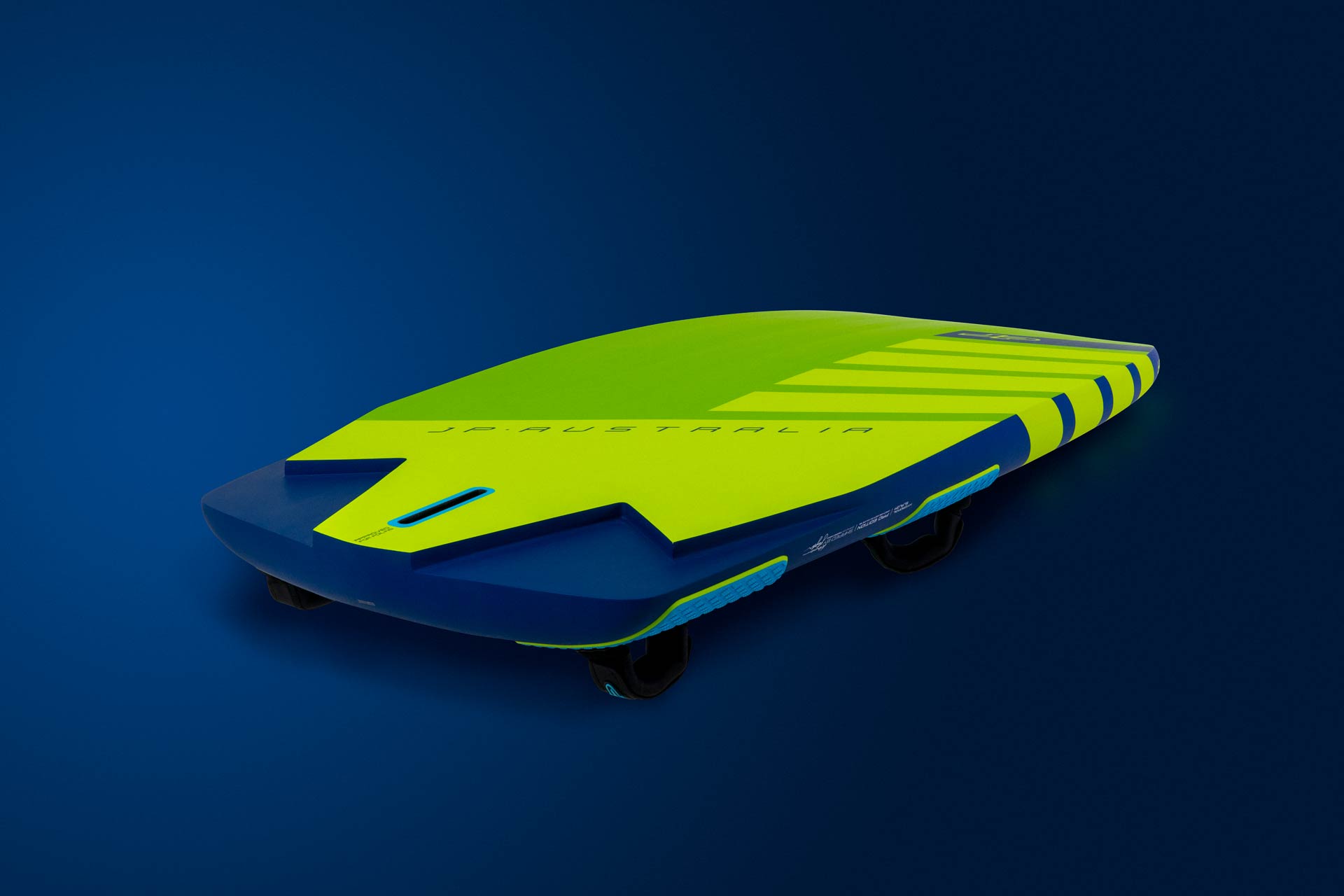 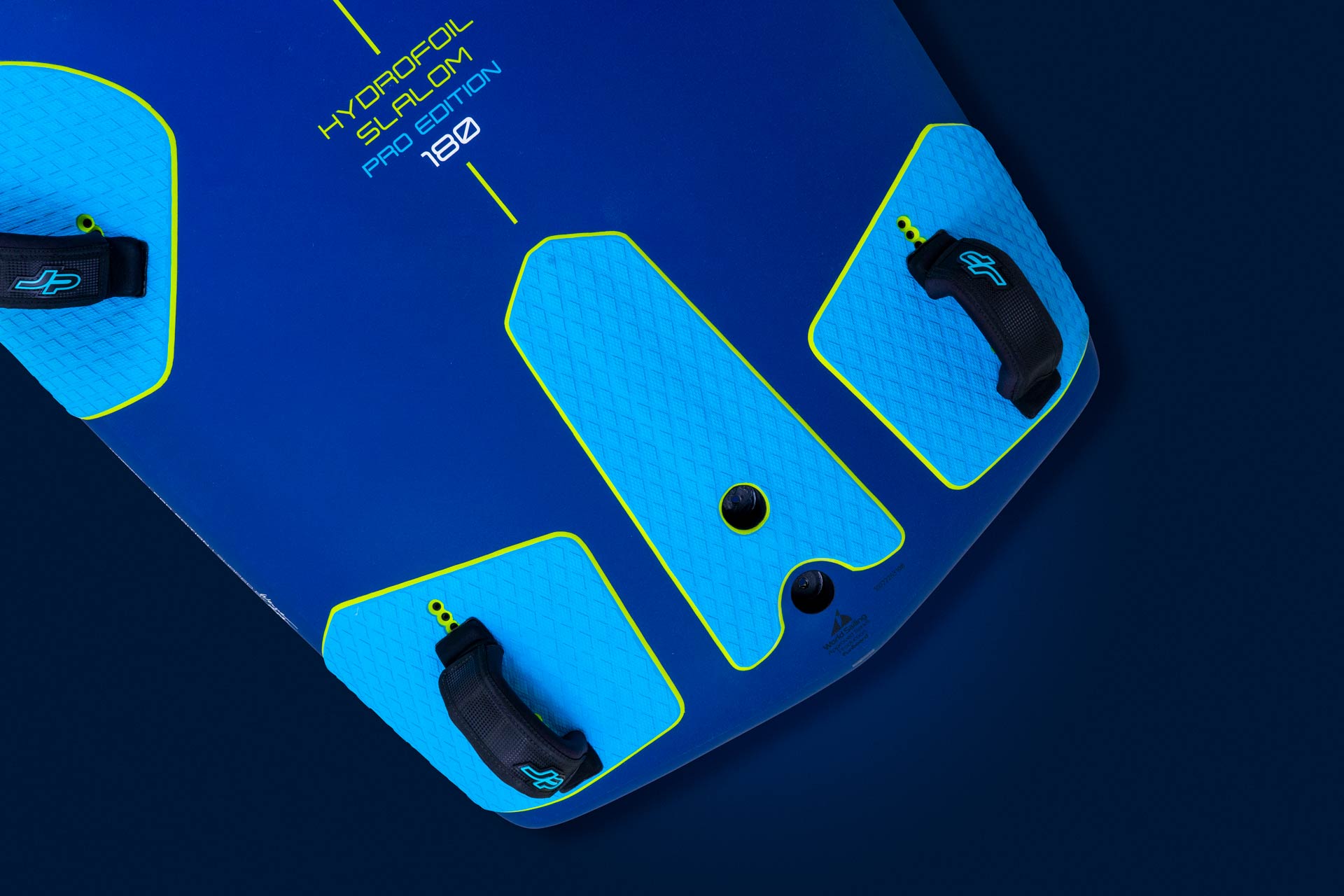 New: Recess at the mast track

For high durability: The parabolic rail reinforcements work like a stringer along the rail and are resistant to impact and paint chipping and increase the stiffness.

Your friends and family constantly take your board and change the size of your footstraps? No problem anymore! JP’s Footstrap scale allows easy adjustment to the foot size. 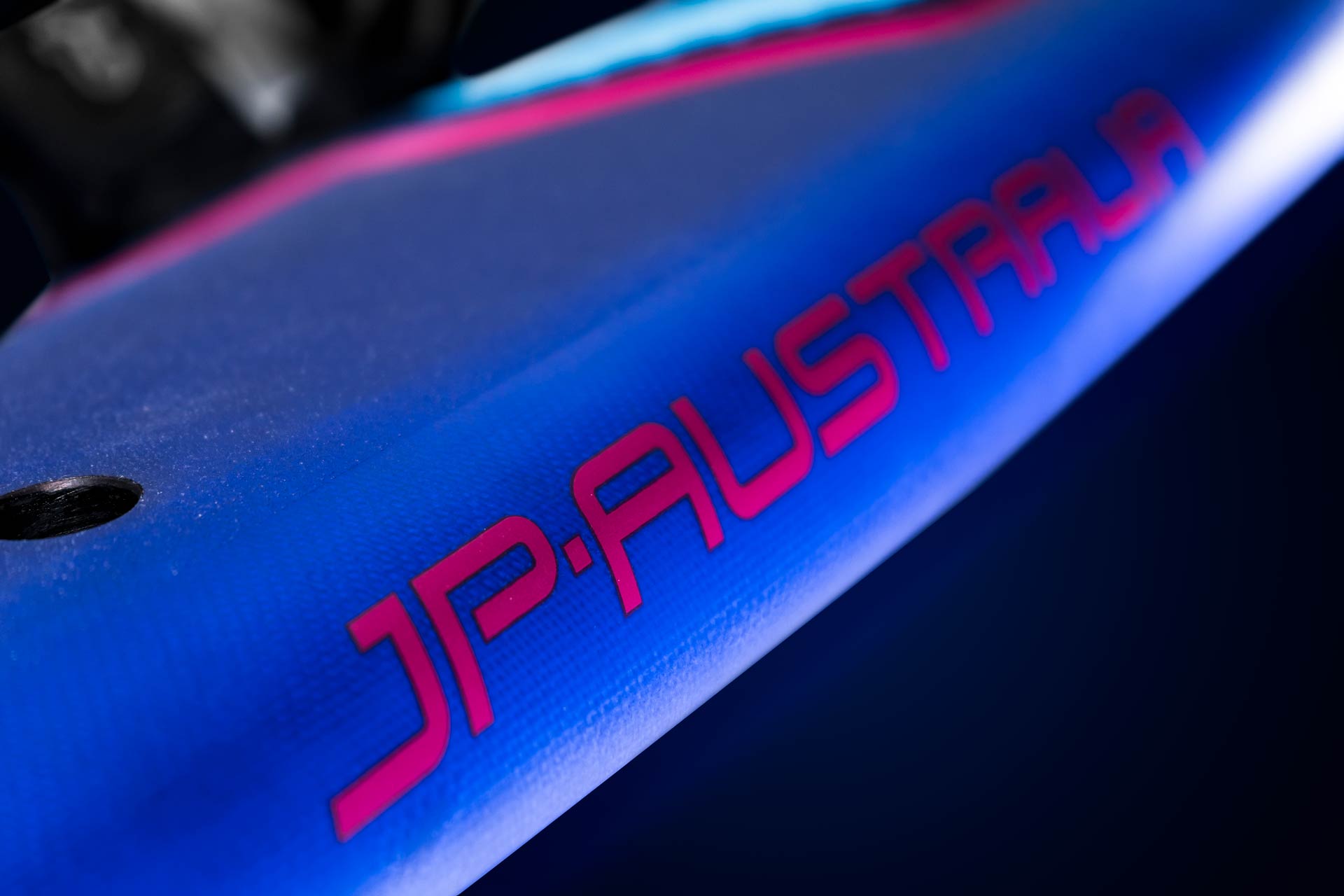 For high durability: The parabolic rail reinforcements work like a stringer along the rail and are resistant to impact and paint chipping and increase the stiffness. 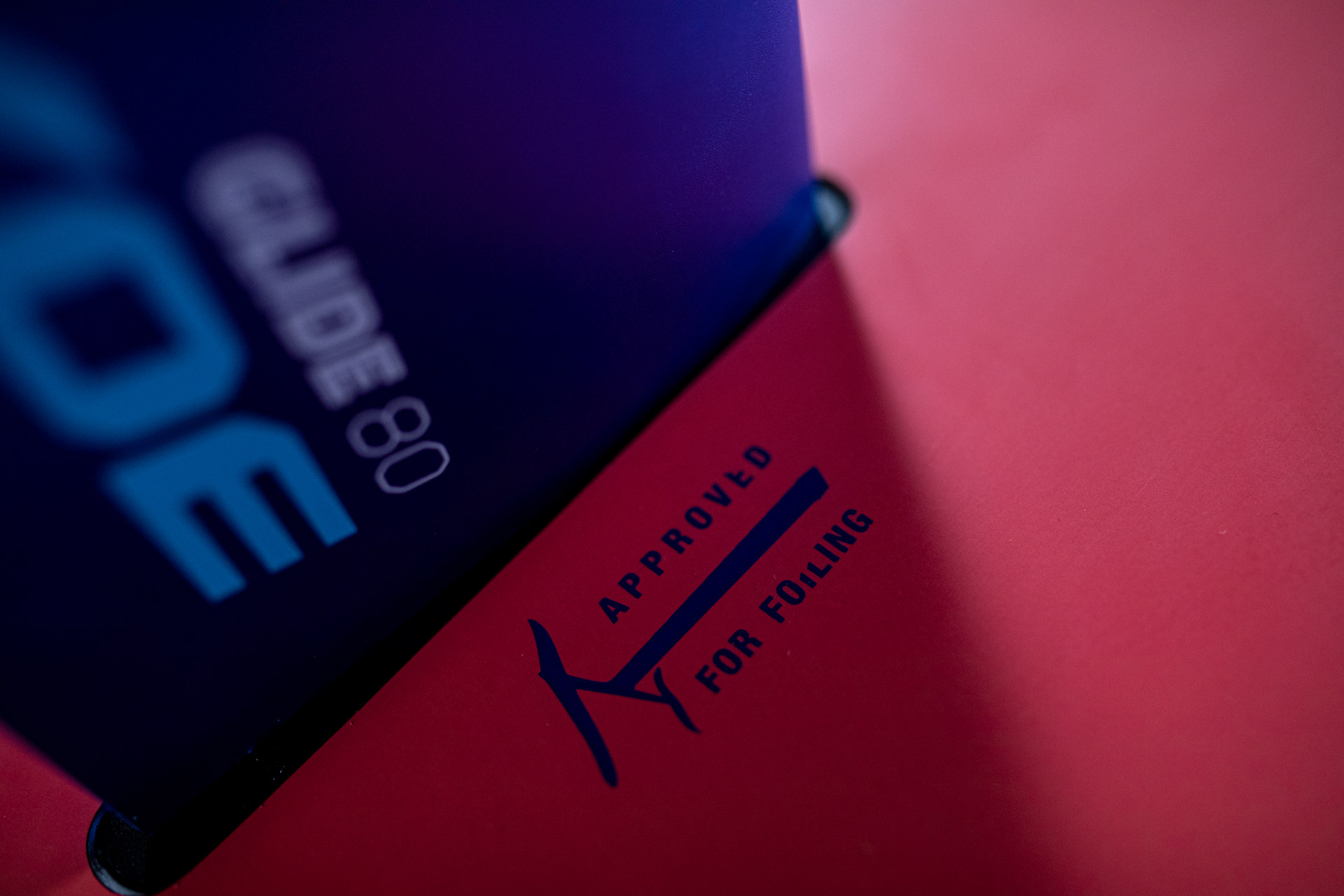 Reinforced, stronger box construction for Foil-Tuttlebox & Foil-Powerbox Foil-Tuttlebox: big recess on the deck and big washers: The Previous Foil-Tuttlebox boards came with a big recess and washer only for the rear Tuttlebox screw. From 2021 on, all Tuttle Foil boards feature boxes with 40 mm recess (front and back hole) and a 35 mm washer for extra support and to spread the force while foiling and for better handling. Foil-Powerbox: Now, the Freestyle PRO, Freestyle Wave LXT and Magic Ride LXT also feature JP’s reinforced Foil-Powerbox! The fin screw diameter is 6 mm. Drill the Powerbox hole to 8mm so that it fits NP’s Powerbox Foil screw. 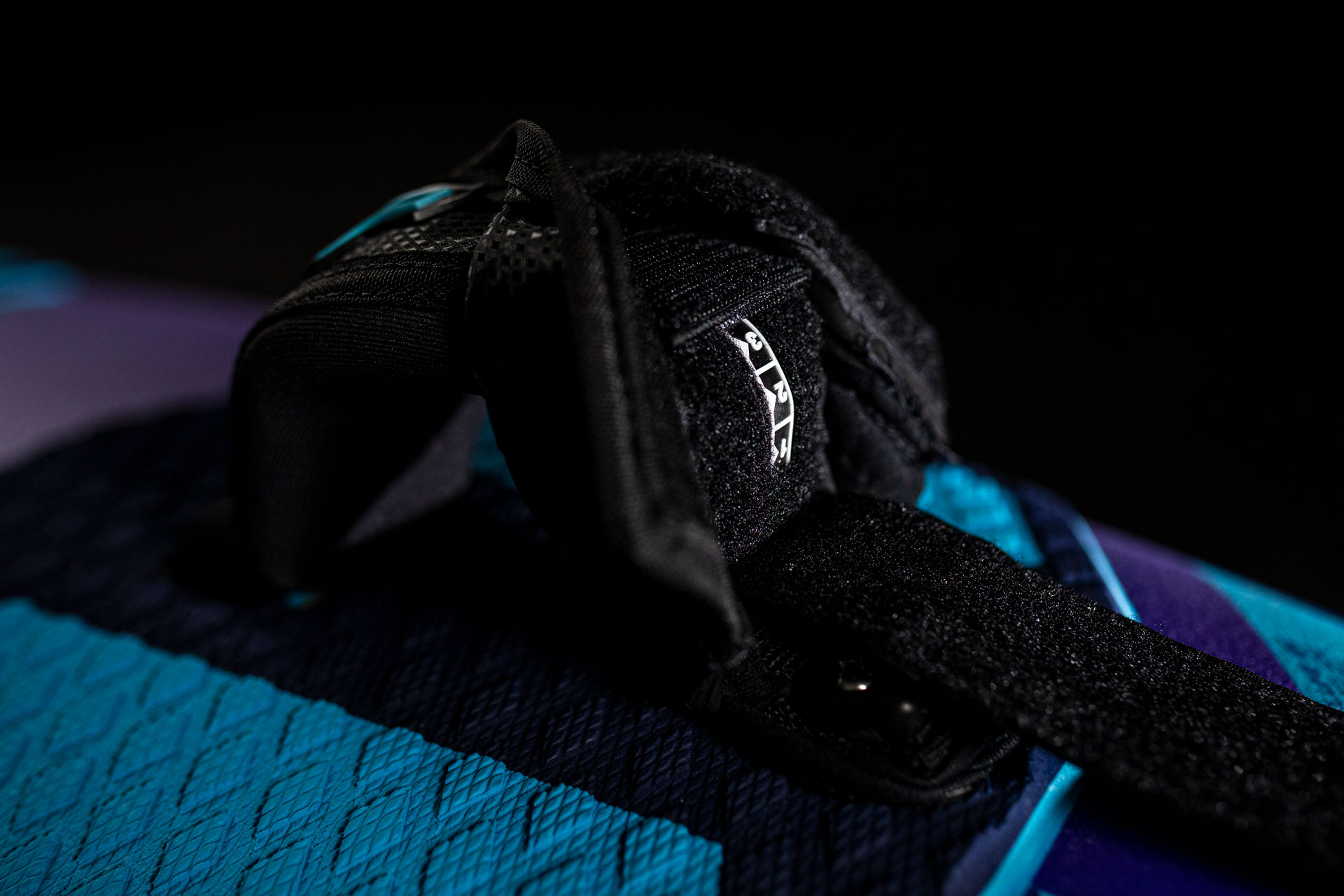 Your friends and family constantly take your board and change the size of your footstraps? No problem anymore! JP's Footstrap scale allows easy adjustment to the foot size.
Foiling option 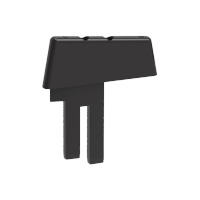 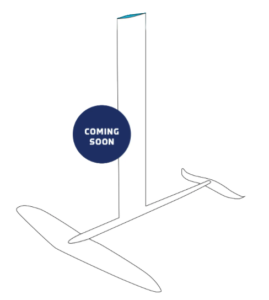 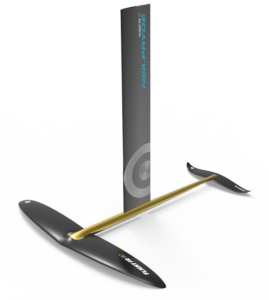 The FLIGHT FR is the latest evolution of NEILPRYDE’s accessible high-performance freeride foil range for real world sailors. It is less intimidating than full carbon foils and still delivers exceptional speed in a wide wind range.
Compatible with high performance freeride, and purely specialized foil boards, the FLIGHT FR not only offers great lift, stability and control but is even faster than many other full-carbon foils in the market.
The riders have expressed that this is the most fun windsurfing foil in the range and freestylers have even been choosing this over any other foil for freestyle foiling. Truly an all-round foil for everyone! 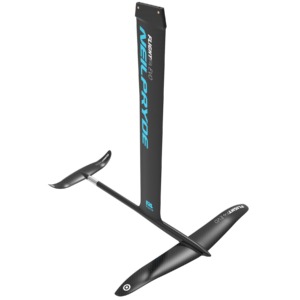 A fully evolved, high-performance racing experience, shaped and crafted through months of development, CFD simulations and water testing. NEIL PRYDE reduced drag by integrating the fuselage into the front wing, as well as the tail adjustment within the foil. The High Modulus Carbon construction makes it the stiffest foil ever produced. 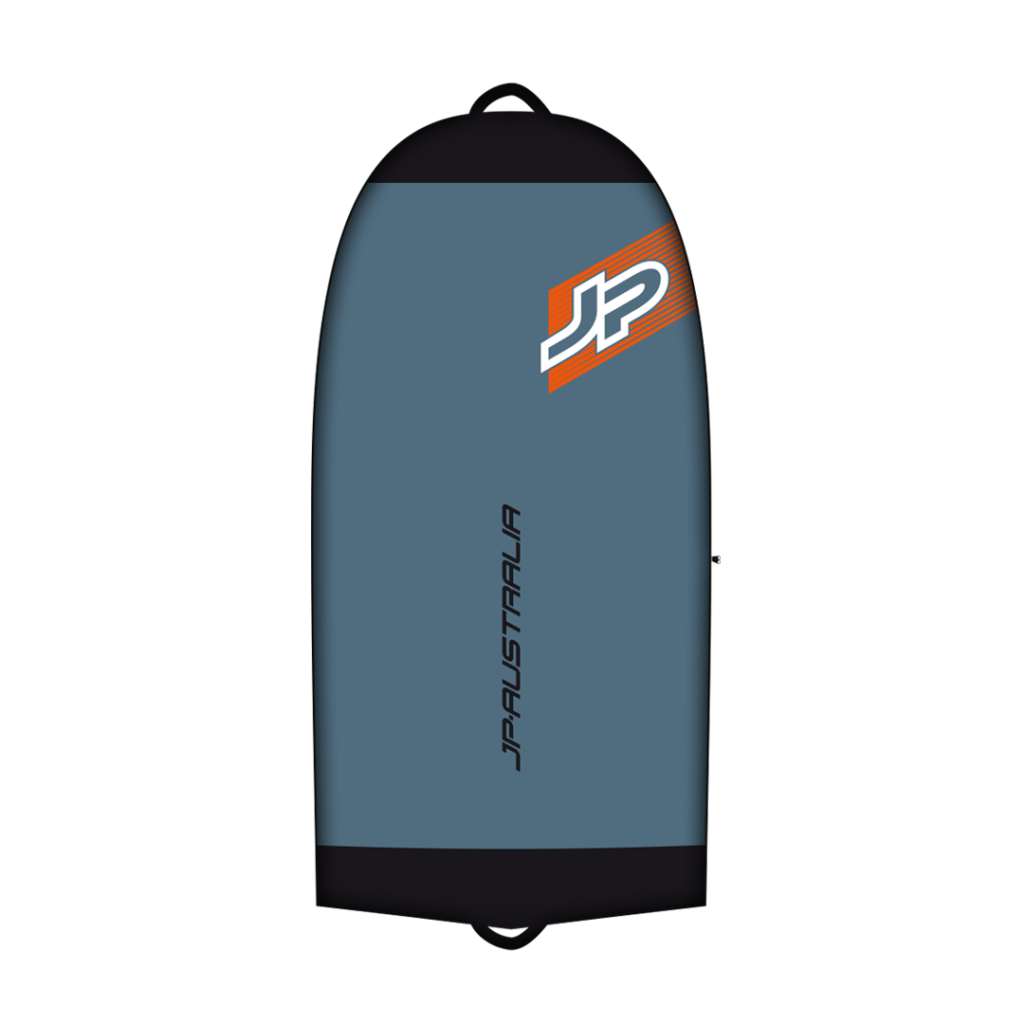